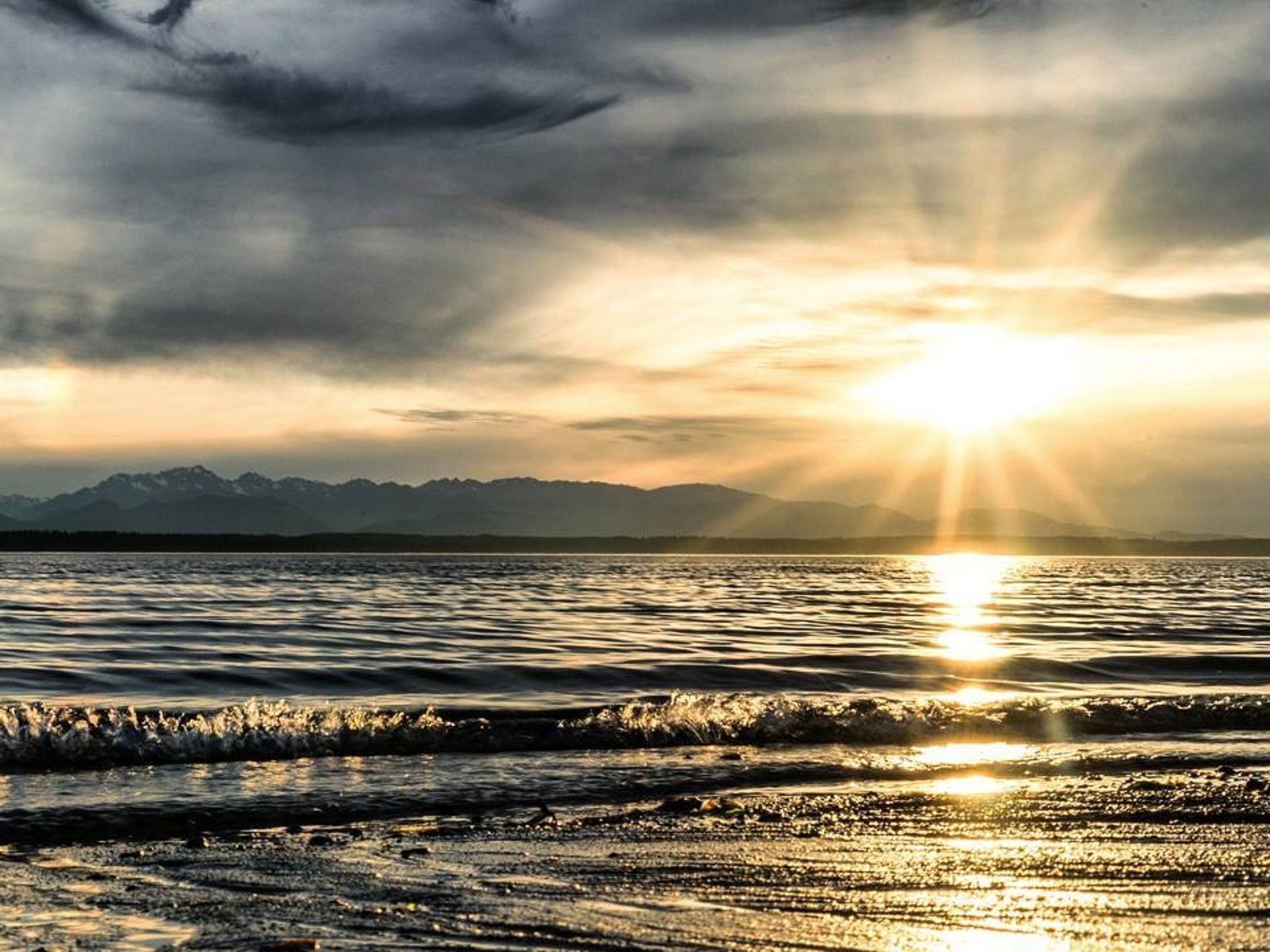 Some things you avoid talking about for fear of the enormity of the task at hand.  I never thought that I would be 33 and divorced.  It is hard to say what seems more daunting – starting a new life or traversing the entire skyline of the Olympics Mountain Range.  The Olympics project was kept secret under the guise of not allowing others to poach our project, but the truth is we aren’t even sure that we can get it done.

That is the whole point.

Erik and I will be attempting a first complete traverse of the Olympics Mountain Range as viewed from Seattle.  The article that will follow this journey will be a tale of allowing a seed to blossom over years, loss and letting go, and hopefully will show anyone that you can dream big, really big.

The trip was planted into Erik’s mind, perhaps his very first day in Seattle.  Initially, the serrated Olympics skyline seemed so close that you could touch it from the shores of Golden Gardens Park.  Wouldn’t it be great to go all across that thing, Erik thought, well before he even knew what that notion would entail.  Over many years as he gained more experience, Erik realized that despite seeming so tantalizingly close, the Olympics were some of the most rugged and untouched terrain in all of Washington.  It became clear that a true skyline traverse may be a first ascent.  While very little, if any, new ground would be touched as part of the trip, the full 100 mile north to south traverse, with an estimated 40,000 feet of gain looked like uncharted territory.  The seed that was planted at first sight blossomed into a full fledged dream.

Erik didn’t speak of the dream often and when he did, he spoke in hushed tones.  Very seldom was a person let in on the dream, for fear of the goal being stolen or ruined by dreaming too big, too soon.  The one person Erik did trust with this dream was me, his brother-in-law, and newest climbing and skiing partner.  Erik opened my eyes up to the world of climbing, skiing, and alpinism, and I felt honored to be let in on the dream.  For me, the trip holds a deeper meaning.  I am in the middle of a divorce, and while it is amicable, it holds the potential to sever bonds, Erik and I being married to sisters.  While I know that Erik and I can remain close, I feel very acutely a sense of loss of truly being an uncle to my new nephew, Cedar.  Erik and his wife had asked us to raise their new son, if the terrible need should ever arise.  They asked us because they knew that we could give Cedar a life of adventures and big dreams.  Now that I know I will no longer be Cedar’s uncle, I am hoping that this journey can be a lasting impression for Cedar; something that is talked about long after I fade into the past.

We will be in slightly over our head: fast packing, rock climbing and trail running over the course of 2 weeks. The spirit of the trip is not encapsulated in its technical difficulties, or even its 2 week time commitment, but rather in its accessibility to anyone willing to find adventure by looking out their back window.

See attached two writing samples from Andy and breathtaking photography from Erik.  The trip is slated to take place in late summer of 2017, with writing and photography available in the weeks following.  We look forward to working with you to tell this story, and create inspiration that will resonate with your audience.

2 thoughts on “The Secrets”